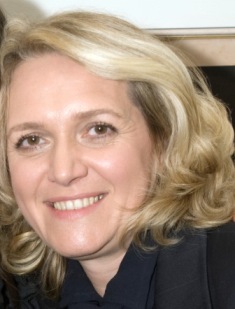 Lidija Ivanda graduated from the Academy of Dramatic Arts in Zagreb, department for Film, TV and Theatre Production with the production of Judith French, a play by Vlatka Vorkapić awarded the Marin Držić award for best play. The production itself was awarded for best leading actress on all major festivals in Croatia and by the Croatian Association of Drama Artists, and also got an award for best original score. She is general manager of the Production Company for film and theatre Ars septima d.o.o.She produced the documentary film Lea and Darija, part of which was included in the official curriculum in Croatian secondary schools. She is also the producer of the feature film Lea and Darija by Branko Ivanda. She collaborated on several feature and TV films. For many years she collaborated with the Croatian National Television as: executive producer on The Azure Pearl of RovinjTV festival for teenagers, organizer on a series of documentary shows Pazi staklo, organizer and assistant director on Hrtić hitićand Briljanteenshows for children and youth, and as assitant director in other shows in Entartainment, Youth and Religious programs of the Croatian National Television. She is a member of Film Artist Association of Croatia, Croatian Musicians Union, Croatian Association of Drama Artists and Croatian Producers Association.